Hands up who reaches for a lovely cup of tea or coffee first thing in the morning? Me! And I’m not alone, as around 400 billion cups of coffee are consumed globally per year and 300 billion liters of tea are consumed, that’s a lot of caffeine!

With all those lovely cuppas made, what is it exactly about a caffeine boost that we love so dearly? There are so many questions asked when we talk about the effects of caffeine, including: is it actually good for us? Is all caffeine created equal? And is the caffeine in tea different to the caffeine in coffee? Let’s look at this is more detail.

What is Caffeine Exactly?

Caffeine is found naturally in plants. It is a natural insect repellent and insecticide which protects the growing plant from unwanted pests. The most common way to consume caffeine is by tea, coffee or chocolate. However, over 60 plants naturally contain caffeine.

Caffeine is a drug/stimulant called trimethylxanthine. The chemical formula for caffeine is C8H10N4O2. Surprisingly, caffeine has a similar chemical make up as illicit drugs such as amphetamines, cocaine and heroin! Apparently they share the same biochemical mechanisms that can stimulate brain function.

Caffeine is a psychoactive stimulant drug also referred to as a crystalline xanthine alkaloid. Caffeine works as a stimulant for the central nervous system and keeps the mind alert and keeps drowsiness at bay.

Caffeine was formally discovered during the 1800s however, caffeine had been used for thousands of years to boost energy and alertness. During the 2nd Century, Buddhist Monks used tea to have the ability to meditate for longer periods.

The First Man Made Energy Drink

Whilst tea has been enjoyed for thousands of years, coffee was discovered much later on. Coffee plants are indigenous to Africa. After the fourth century, coffee had started to make its way out of Africa and introduced to the Middle East and then on to Europe. The first man made energy drink with caffeine and vitamins was created in 1949 by a chemist named Bill Swartz, the creation was called Dr. Enuf.

When we think of caffeine most people think of coffee but surprisingly, caffeine is in so many foods and drinks. We are advised that upto 400mg of caffeine per day is safe. However, some people are highly sensitive to caffeine and need to consume a much lower amount. Pregnant women are also advised to greatly reduce their caffeine intake to half the recommend daily amount.

Caffeine is naturally present in over 60 plants but it can also be made synthetically and added to energy drinks. Caffeine is found in tea, coffee, some herbal teas, chocolate products, sodas, pain relief and some diet pills too.

A regular cup of coffee contains on average 95mg of caffeine. The actual amount of caffeine will vary depending on type of coffee, strength and serving size. A large cup of strong deep roasted coffee can contain as much as 500mg of caffeine! That’s more than the recommended daily allowance.

As a general rule of thumb, black tea contains the most caffeine with oolong, green and white tea falling behind in order. However, there are exceptions to this rule. Different tea leaves from different plantations are all grown, harvested and processed in their own unique way and the levels of caffeine will greatly vary from one type of tea to another. Surprisingly, white tea can contain up to 75mg of caffeine per cup, however, it does contain more L-Theanine than other types of tea which can counter balance some of the negative effects of caffeine. And so calculating the exact amount of caffeine in tea is extremely difficult to do.

While matcha is a type of green tea, it contains 35mg of caffeine per 1 gram serving/half a teaspoon. Matcha is higher in caffeine than other types of tea because the whole tea leaf, in powdered form, is consumed, whereas other types of tea are consumed by infusion.

The lowest caffeine tea types include green tea, (some) white teas and many types of herbal teas/tisanes. Herbal teas such as chamomile, hibiscus, mint and ginger are all naturally caffeine free.

Just as the levels of caffeine in tea and coffee vary depending on so many factors, the levels of caffeine in chocolate also vary. Generally, the darker the chocolate, the higher the cocoa solids, the higher the caffeine content. White chocolate only contains cocoa butter and has little to no cocoa solids and so usually white chocolate is caffeine free. An average serving of chocolate contains around 10mg of caffeine. Chocolate also naturally contains theobromine. Theobromine is an energy boosting AND mood boosting stimulant - as if I needed another reason to indulge in chocolate!

Some confectionary, gums, sodas and pain medication contain synthetic caffeine. As scary as that sounds, the chemical make up and the impact on our bodies is almost identical and research shows that both natural and synthetic caffeine has the same stimulating effects.

Caffeine has benefits and draw backs too. Firstly, let’s look at the good points of indulging in caffeine:

Caffeine is well known to provide a brain and body boost and that’s why coffee and tea are popular choices at breakfast time. Studies show that caffeine can improve cognitive function, boost alertness and aid in motor skill ability. There have also been studies that suggest that caffeine is anti aging.

There are proven links between caffeine consumption and decreased incidence of neurological decline that can come with the aging process. Further studies suggest that caffeine can reduce the risk of Alzheimer’s by up to 30%, protect against dementia, improve memory skills, and keeps the mind working when learning anything new.

It appears that caffeine can be used as a mood modulator and anti depressant for some. A recent study suggests that taking 75mg of caffeine (that’s a cup of coffee or two cups of green tea) every four hours will make you feel more happier and relaxed. It will positively boost the mood and aid in contentment over the course of a day and thus reduce mood swings.

Coffee is known to decrease mental fatigue, can also improve reaction times and improve coordination too. Just as caffeine can boost the mood and boost alertness, it can also stimulate the brain to postpone mental fatigue. A recent study showed that caffeine can enhance neuromuscular coordination which means that brain-to-muscle signals travel much faster than without assistance from caffeine.

And now for the not so good stuff, the negatives of caffeine. Is caffeine really bad for your body?

Everyone knows that too many cups of coffee can bring on the jitters and this is all too true. Consuming too much caffeine has been reported to increase anxiety and affect sleep patterns. Studies also show that caffeine, for some, can induce panic attacks. Some reports even show that too much caffeine can have a negative effect on blood pressure, could even increase the risk of heart disease, and affect blood glucose levels too.

What are the Pros and Cons of Caffeine?

As mentioned earlier, caffeine can be created naturally and chemically, however, extensive studies show that both natural and synthetic caffeine have identical effects on our bodies.

Unlike coffee, the caffeine in tea can have a positive effect on the body. The caffeine in tea can boost energy levels without the jitters that caffeine in coffee can sometimes cause. This is due to the antioxidants and L-theanine found in tea. These can increase the alpha frequency band in the brain. This has a positive effect by increasing serotonin, GABA (gamma-aminobutyric acid) and dopamine levels. In short, tea can boost energy and promote calmness at the same time.

Tea is found to be helpful before and after a workout. The caffeine combined with EGCG found in tea can increase endurance, boost metabolism and help muscle recovery too.

A great way to enjoy a lower caffeinated cup of tea is to cold brew the leaves. Steeping the leaves in cold water for a longer period will greatly reduce the caffeine present. The level of tannins will also decrease ensuring a more pleasant and less astringent taste. The level of caffeine and tannins will decrease, however, the level of antioxidants released will increase due to the longer steeping time.

Another way to enjoy a lower caffeinated tea is to re-steep loose leaf tea. Some teas, particularly oolong teas, are great for re-steeping and in some cases can be steeped up to 8 times. The first cup will contain the highest amounts of caffeine and the level will gradually reduce after each steep.

Alternatively, some people reach for decaf tea and coffee products. I’m not a huge fan of decaffeinated tea and it’s because caffeine is found naturally in tea, coffee and in over 60 other plants. To remove the caffeine, the plant has to go through a chemical treatment. Some of the treatments can include carbon dioxide, ethyl acetate and methylene chloride. Aside from altering the flavour of the tea, these chemical treatments are known to cause side effects such as headache, dizziness, itching and fainting.

Research has shown that taking up to 400mg of caffeine daily is safe for most individuals. Caffeine has both positives and negatives regardless of the source of which it is consumed. Overall, my favourite way of enjoying a caffeine boost is via tea (of course!) I love the balance of lower amounts of caffeine vs higher amounts of antioxidants.

Overall is caffeine good or bad? Well there is so much research out there to prove the pros and cons of just about everything. But, I live by this saying: ‘A Little Bit of What You Fancy Does You Good ;)’ 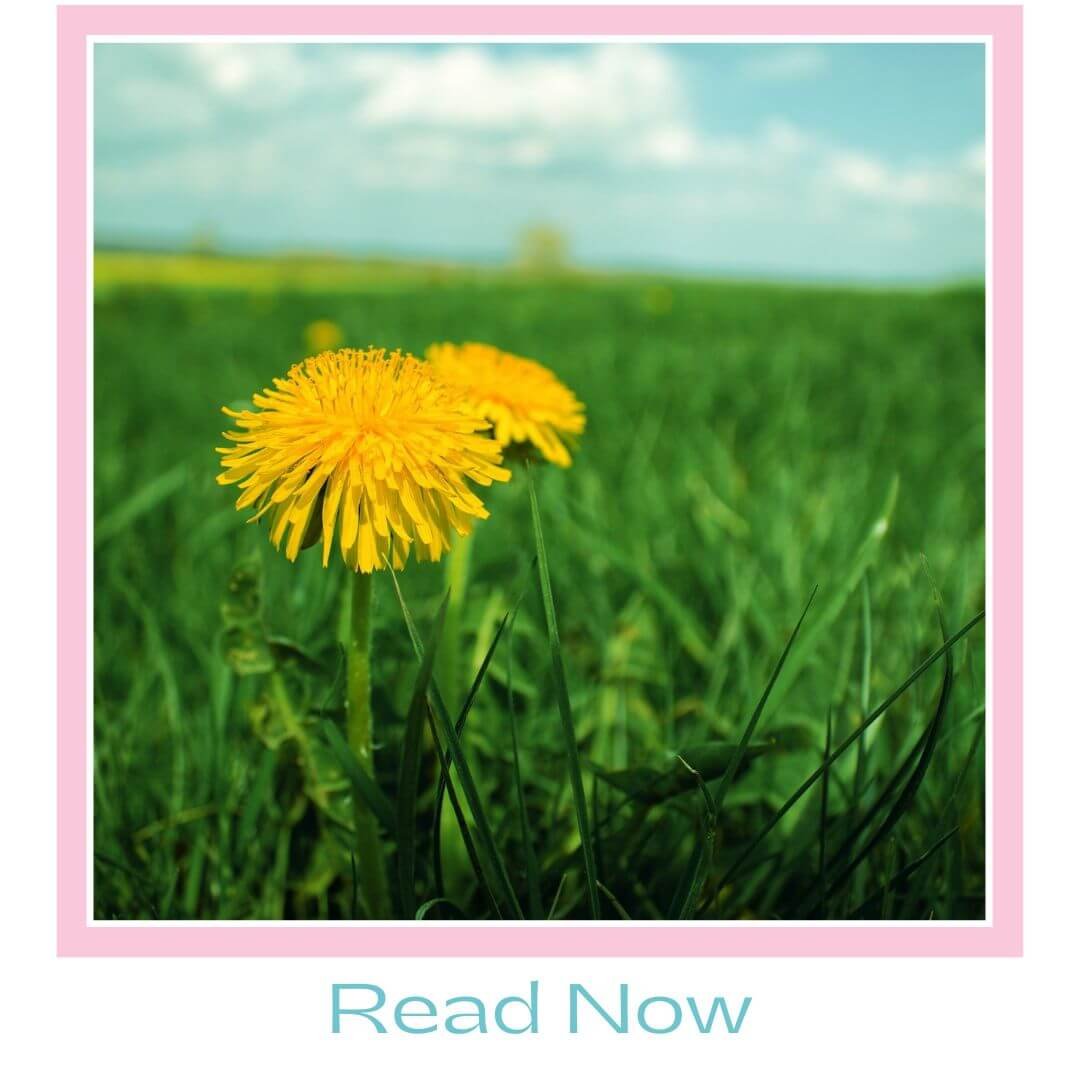